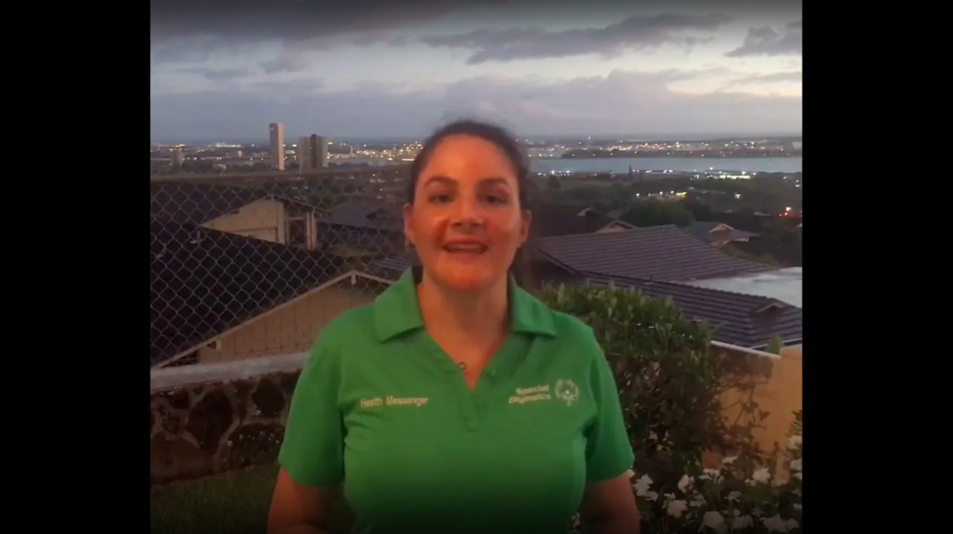 Renee hails from Hawai’i and has been a Special Olympics athlete for over 10 years, competing in basketball, softball, swimming, and soccer (football). She competed in the 2018 Special Olympics USA Games in soccer where her team won gold, and she even spoke at the Opening Ceremony! Because her father served in the Navy, she has had the opportunity to live in 7 different places, ranging from Maryland to California to Bahrain. She can speak 4 different languages including English, Spanish, Arabic, and Hawai’ian.

As a young regular education student, she had a lot of hardship in school where teachers and students did not accept her for who she was, causing her to feel alone and isolated. This was not only difficult for Renee but also for her older sister and parents. That all changed her senior year when she enrolled in special education in Rhode Island. She finally felt accepted for who she was.

After moving to Hawai’i, she and her family found their ‘Ohana (“family” in Hawai’ian) in Special Olympics. Renee gained confidence to become a Global Messenger for Special Olympics Hawai’i where she found her voice and never looked back. She is now a Toastmaster, Health Messenger, and a Special Olympics Hawai’i Board Member. She is excited to be a Sargent Shriver International Global Messenger, where she is looking forward to spreading Aloha (love) all around the world. In Hawai’i, Renee is active in many self-advocacy organizations, serving on committees and as an elected officer.

Renee’s main goal, not only for Hawai’i but for the world, is for doctors to give better health care to individuals with intellectual and developmental disabilities. She wants doctors to look past the disability and find the true health issue.

Renee is also an accomplished singer. She has performed during Special Olympics Hawai’i Opening Ceremony, sang the National Anthem for the University of Hawai’i basketball game, and won the Extraordinary Abilities Hawai’i Stars television talent show in 2007.